Lost Kingdoms it's the next unique fashion project of Erwin Michalec which is a continuation of the current style of his work that includes long-term art experiment as recording the document to images seen on the outfits. The experiment with an idea of online live streaming from the art studio or from public places gives the audience the opportunity to watch the artist at work. The experiment involves full transparency with sharing ideas, inspirations and techniques used during the creation of the prototypes. The hand-painted prototypes later are transformed into a wearable fashion line.

The main idea of this collection is the result of many years of an archaeological, historical and anthropological passion of Erwin Michalec with the fallen civilizations of the whole world. The mixture of symbols and the use of architectural solutions in clothes is another attempt by the artist, who wants to pay the tribute to the forgotten kingdoms.

Unfortunately, original paintings, fabrics, and outfits for the first version of this collection have been lost in July 2017 by Vueling airlines while travelling to the Gambia where Erwin Michalec wanted to finalize the photo shoot In the historical site of Neolithic time build in a similar way as Stonehenge.

"Lost Kingdoms II" is a continuation of this idea. Still inspired by the history mixed with traditional African architecture with each outfit named after the Gambian towns and villages. 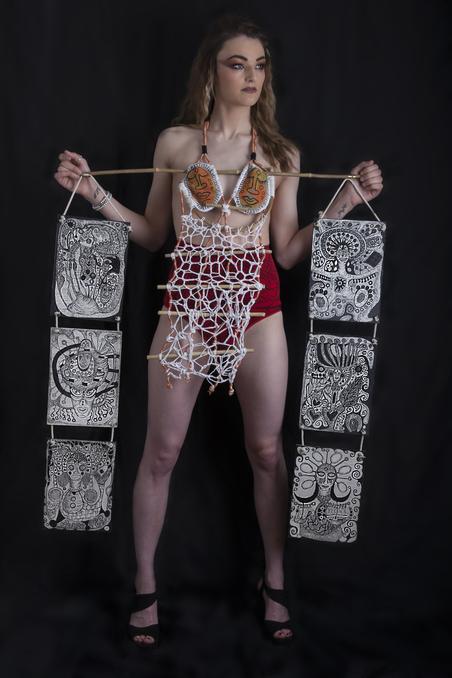